After three months of planting, spraying, inoculating, evaluating, and harvesting tomatoes, cucurbits, and peppers, our field season is coming to an end. It’s been a lot of work, and it’s been fun, and it’s been a lot of fun work. The upside of working in crop pathology is that you can literally reap the fruits of your labor, which we all enjoy.

With the exception of a major flooding event in Haywood and Henderson counties, it’s been a great season for growing tomatoes, and we had difficulty getting early blight, bacterial leaf spot, and gray leaf spot to spread in our disease trials. We attribute this to a relatively mild and dry growing season. However, the climate did not affect the arrival and spread of cucurbit downy mildew in our cucurbit trial, and some of our untreated plots were severely affected.

Our two trials evaluating bacterial leaf spot of pepper and Phytophthora blight of pepper were planted late, and are still underway, despite the efforts of local turkeys to uproot freshly-planted seedlings. We greatly appreciate the support from staff at the Mountain Research Station and the Mountain Horticulture Crops Research and Extension Center where we conduct our research. We could not do any of this work without them!

The on-farm trials evaluating the effect of different fumigants, fumigation depths, and plastic cover are currently being harvested, and ratings for disease and weed prevalence have been underway throughout the growing season. Now it’s time to consolidate data, write reports, debrief, and plan for next year’s projects. 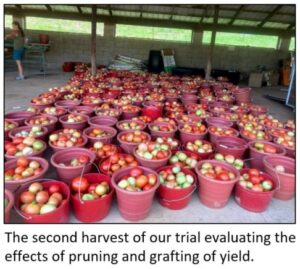 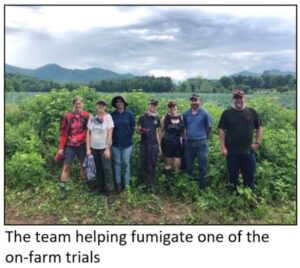 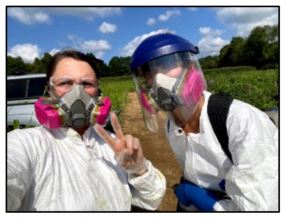 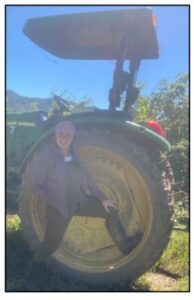