We had a successful 2018 field season and were able to evaluate plant cultivars that could  be used as acceptable alternatives in Phytophthora-infested soils. We will be publishing the results of this study in the coming year, as well as an extension publication that will be made accessible to the public. Additionally, you can find a printable PDF file of the summary results here:  Summary Results – Printable PDF 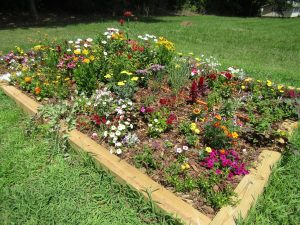 Project Summary: Many ornamental crops are susceptible to diseases caused by Phytophthora, a genus of fungal-like organisms that can persist in the soil for many years. Since chemical applications are not economical or practical for managing Phytophthora-infested landscape beds, knowledge of Phytophthora-resistant or tolerant plant species would make disease avoidance possible in landscape settings.

In summer 2018, we evaluated 15 annuals and 12 herbaceous perennials based on desirability and anecdotal evidence of resistant or tolerant cultivars to multiple species of Phytophthora. Three landscape beds were established in different climatic regions of western North Carolina (Mills River, NC; Waynesville, NC; Salisbury, NC) and were infested with three species of Phytophthora known to cause disease of nursery crops. As disease symptoms progressed, symptomatic plants were harvested and processed to determine the presence of Phytophthora and/or other common diseases that may have been suspected. 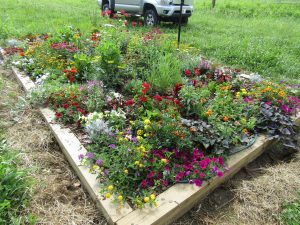 Future Implications: The landscape beds will remain intact and will be used to evaluate additional annuals and perennials in the upcoming 2019 growing season. In addition to evaluating new plant species and cultivars, we are re-evaluating cultivars that had a 2018 performance rating or ‘excellent’, ‘fair’, or ‘good’. Cultivars rated as excellent are assumed to be at least tolerant to Phytophthora, but additional evaluations are needed to confirm tolerance or resistance.

Table 1. List of annual and herbaceous perennial cultivars that were evaluated for tolerance or resistance to Phytophthora spp. from June 2 to October 3, 2018. 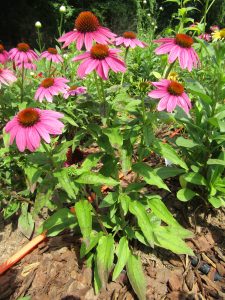 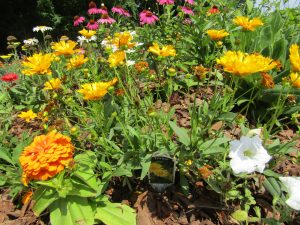 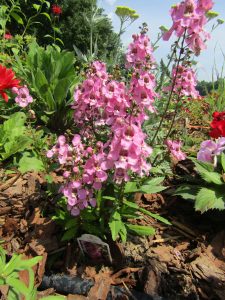 This research was supported by a grant from the Horticultural Research Institute (HRI). Its contents are solely the responsibility of the authors and do not necessarily represent the views of HRI.